Clyde Training Solutions has a host of certifications, ensuring the highest training standards.

Listed below are some of the official award bodies who have certified us: 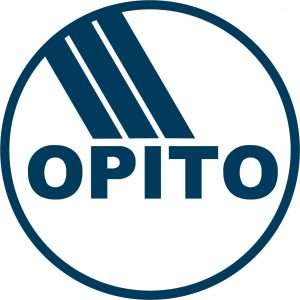 OPITO is a global, not-for-profit, skills body for the energy industry. With over 30 years of experience, it has become a focal point for training and workforce development within the oil and gas industry. Over 250,000 people are trained to their standards every year.

In December 2016, Clyde Training Solutions became the 200th OPITO certified training centre worldwide – the first of its kind in Scotland outside Aberdeen. CTS now provides a range of courses that prepare offshore workers for the emergency scenarios that can occur in their industry.

Take a look at the full range of Offshore Safety and Survival Courses provided by CTS.

The Maritime & Coastguard Agency (MCA) is the government body responsible for the safe implementation of STCW basic safety training for seafarers.

STCW stands for ‘Standards of Training, Certification and Watchkeeping’. It came into being in 1978 as governments around the world agreed to standardise training.

STCW Basic Safety Training is a legal requirement for all seafarers who work on a commercial ship, ferry, cruise ship or superyacht.

The underlying principle of the original STCW convention was that seafarers should have a minimum of:

There have been updates to the STCW standard, also known as STCW 95 and STCW 2010. The most recent of these updates – 2010 Manila amendments – stated that if your STCW Fire Fighting and Fire Prevention and Personal Survival Techniques certificates are more than 5 years old you must complete an update training course to be able to work onboard.

The Global Wind Organisation (GWO) is a non-profit body founded by leading wind turbine manufacturers and operators. It has the specific aim of creating a safer working environment.

In response to the demand for a recognisable Basic Safety Training standard in the wind turbine industry, GWO published the first version of the BST in 2012. Following on from this is the 2017 Basic Technical Training (BTT) Standard.

In May 2018, CTS was officially certified as a GWO tr